Love Rowing host two webinars with Team GB athletes in the lead up to Tokyo 2020. We were inspired with fascinating stories of life as an elite athlete and the challenges they have faced. Love Rowing recently hosted two successful Tokyo 2020 webinars with Team GB athletes. We heard the stories of the Team GB Olympians and Paralympians, a sneak preview of life in the athletes village and insights into their individual journeys leading up to the Games. In such an unusual year, we listened to some of the unprecedented challenges they faced during the pandemic, training for the biggest competition of their lives.

Each webinar boasted a high-profile line up of moderators and speakers from the sport.  The webinars were moderated by Olympic Medallist and Chair of Love Rowing, Dr Cath Bishop with insights from decorated five-time Olympian Dame Katherine Grainger. Athletes included Josh Bugajski, Polly Swann and Ellen Buttrick who all spoke prior to their success in Tokyo.

Once the Olympics had finished and just prior to the athletes flying to the Paralympics, we heard from another four members of Team GB: Angus Groom, who won a silver medal as part of the men’s quad, Charlie Elwes, who was in the men’s eight and won bronze and two Paralympians - who were isolating and about to fly out to Japan at the time of the webinar - Ben Pritchard (PR1 single scull) and James Fox (PR3 mixed coxed four)

There was so much content in each session, we couldn’t cover it all, so here were some of the Love Rowing team’s highlights and facts you may not know about the athletes:

Polly Swann is a junior doctor and took a break from rowing to help the NHS during the pandemic. Polly was extremely humble about her work in the hospital but did say it gave her perspective and she feels privileged to be doing the sport she loves. What an amazing achievement to be selected to represent Team GB at Tokyo (and achieve 4th place) after such a challenging year.

Josh Bugajski grew up in Stockport and went to a state school where rowing wasn’t accessible. Rowing didn't become part of Josh’s life until he tried it for the first time when studying at Cardiff University, aged 20. He was good at it, very competitive and he fell in love with the sport. The rest is history!  He didn’t know it at the time of the webinar, but Josh is now an Olympic Bronze medallist and a fantastic ambassador for Love Rowing.

Paralympian and Love Rowing trustee, Ellen Buttrick started rowing after being inspired by London 2012 and fell in love with the sport. Ellen has a visual impairment that was diagnosed in 2014 after two years of rowing. She faced challenges to get the support she needed at the rowing club and even gave up rowing for a year. When she graduated from university and returned to Leeds RC, she excelled and just last week she became a gold medallist in Tokyo!

Passionate about giving back to others, when lockdown struck, in between her training regime, Ellen jumped to the aid of local elderly and vulnerable and made sure that no one shielding went without shopping, prescriptions, or support.

The conversation went from lockdown to isolating in Caversham, and onto food and nutrition of the team. It was clear that Josh has a sweet tooth with both Ellen and Polly letting us know it’s not always healthy snacks for athletes all the time!

Medallists, Angus and Charlie, had come back from the Games when we spoke with them. They talked about the fantastic atmosphere in Tokyo despite the fact they couldn’t have family and friends attend and cheer them on. In fact, it was clear that all athletes were so pleased the Games could take place after the long wait, they were very accepting that there couldn’t be an audience.

They mentioned how fantastic it was to see other athletes from other sports in the village and realising they were part of a Games like no other!

Paralympian Ben Pritchard told his story which was quite remarkable! Prior to becoming a rower, he was a pro cyclist and triathlete. After an accident left him paralysed, he discovered rowing from the hospital as a part of his physio recovery. That was just 5 years ago. He met with Andrew Williams from City of Swansea Rowing Club who removed all the barriers for Ben to start rowing, including a makeshift transfer board made from pallets to get Ben onto the water. Ben is an inspiration to many.

James Fox spoke about the mental challenges of the pandemic and preparing for the games that were postponed. James started rowing at the age of 11 and was a Junior star. He discovered para rowing after he was involved in a car accident at university and broke his back.  James had the experience of Rio 2016 to prepare himself for Tokyo. Following our webinar, James returned from Tokyo Paralympics as a gold medallist in the PR3 mixed four!

The webinars were hosted in partnership with private bank, Hoare & Co and members club, Boodles.

Love Rowing would like to say a huge thank you to our partners and to the Team GB and Paralympic GB athletes that took time out of their schedules.

If your company/organisation would like to host a webinar, please get in touch with a request to info@loverowing.org and we would be happy to discuss. 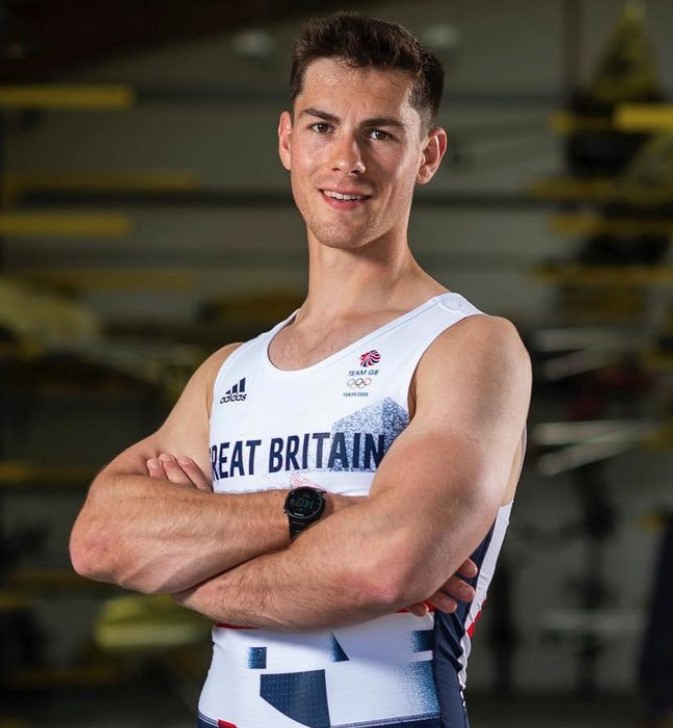 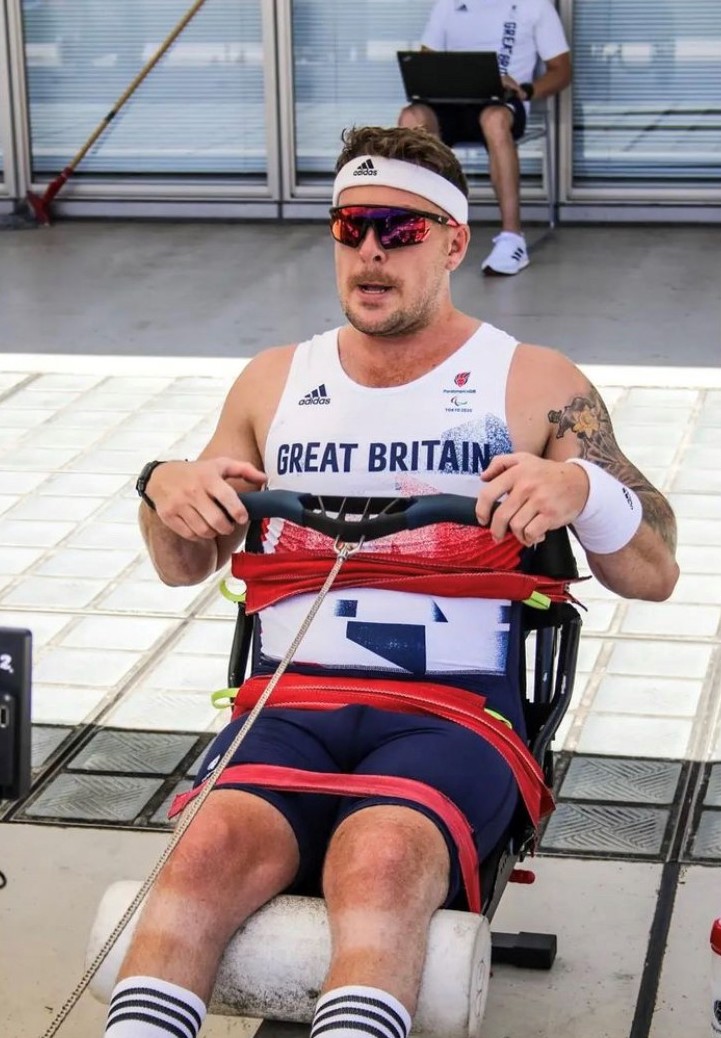 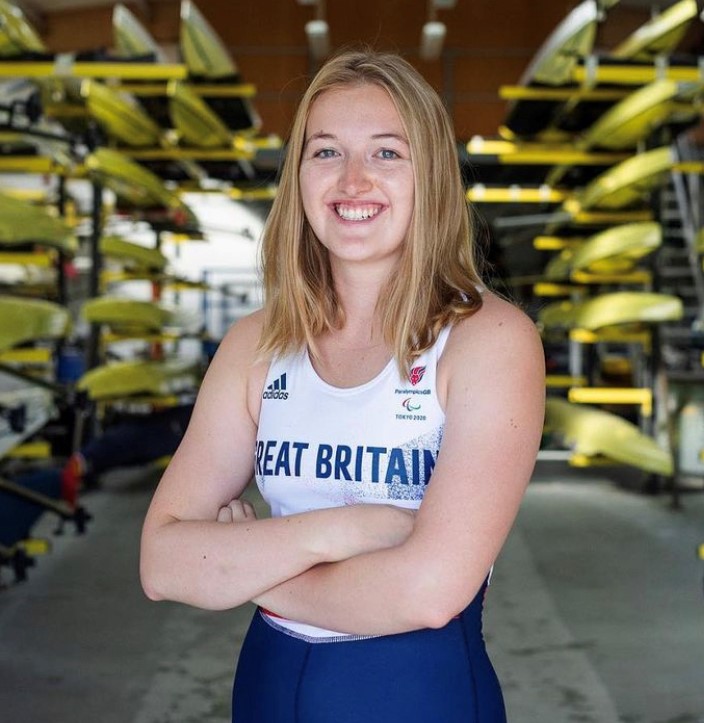 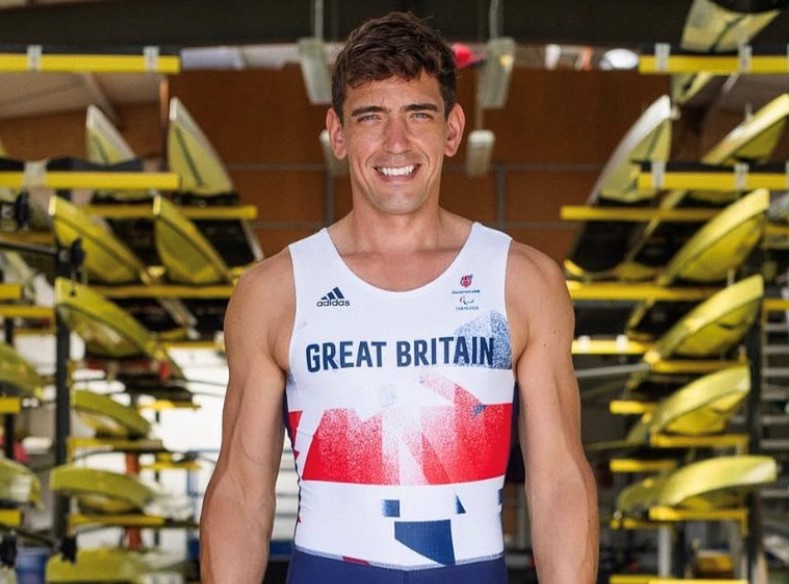 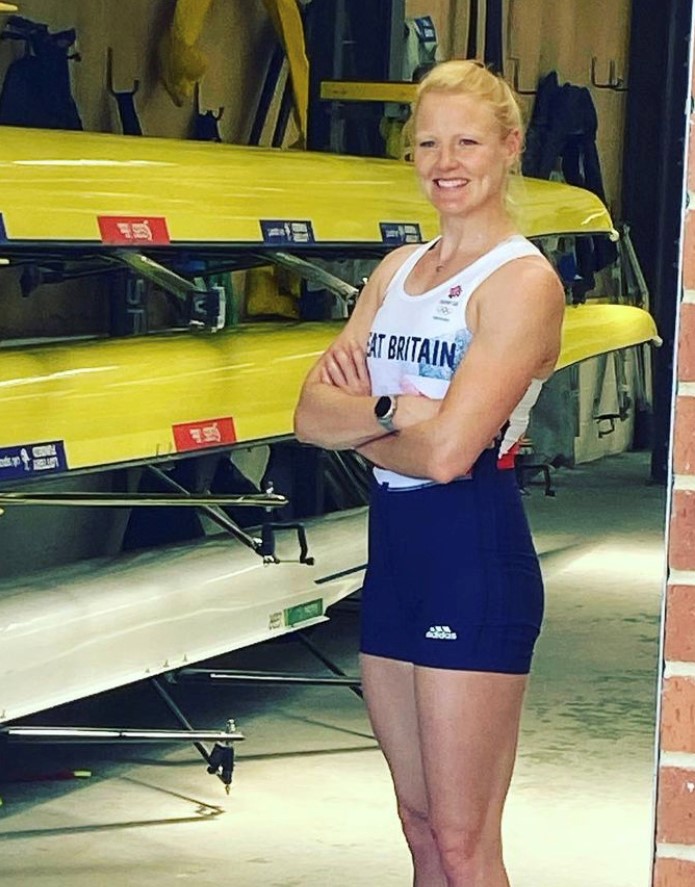 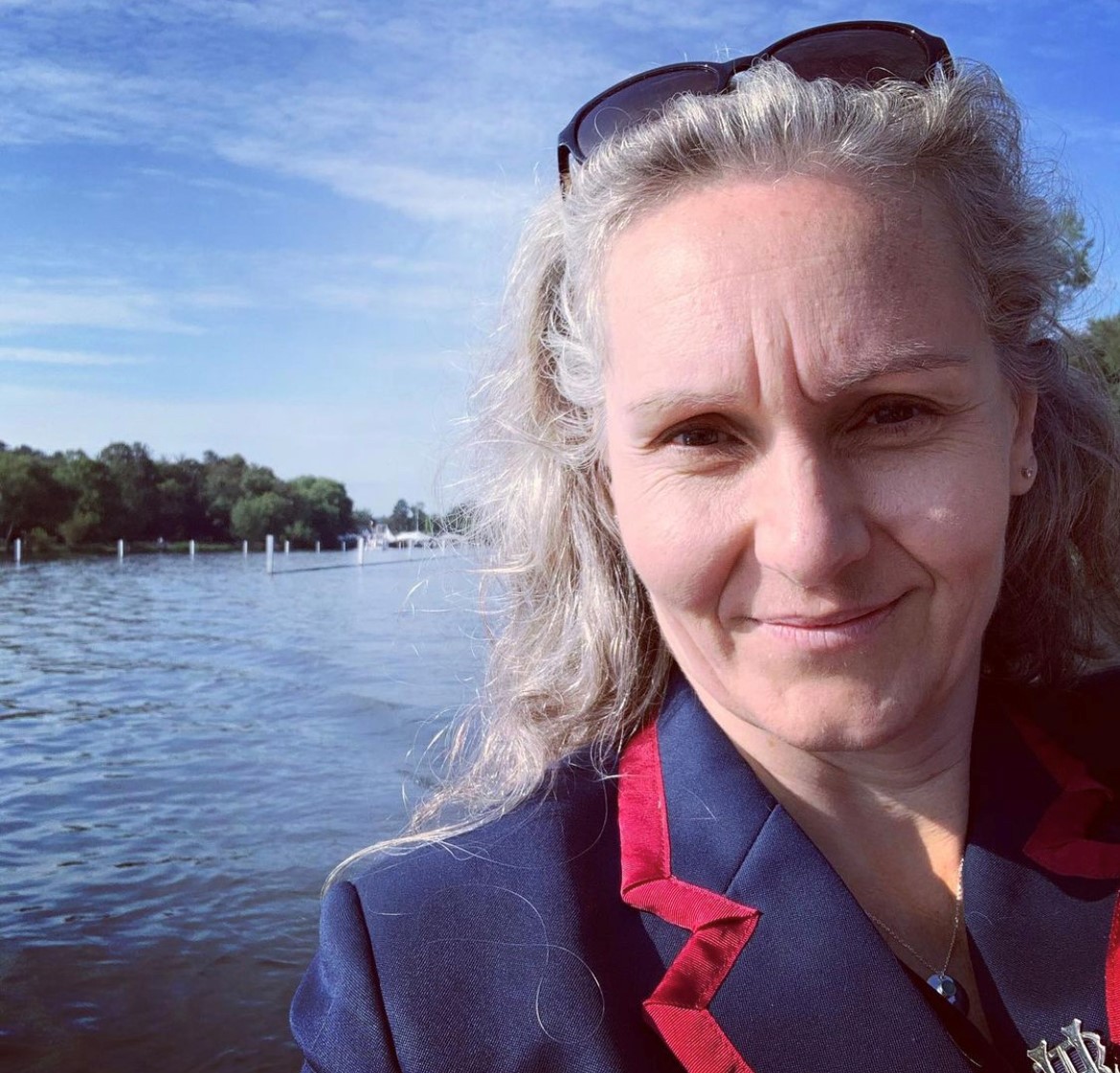 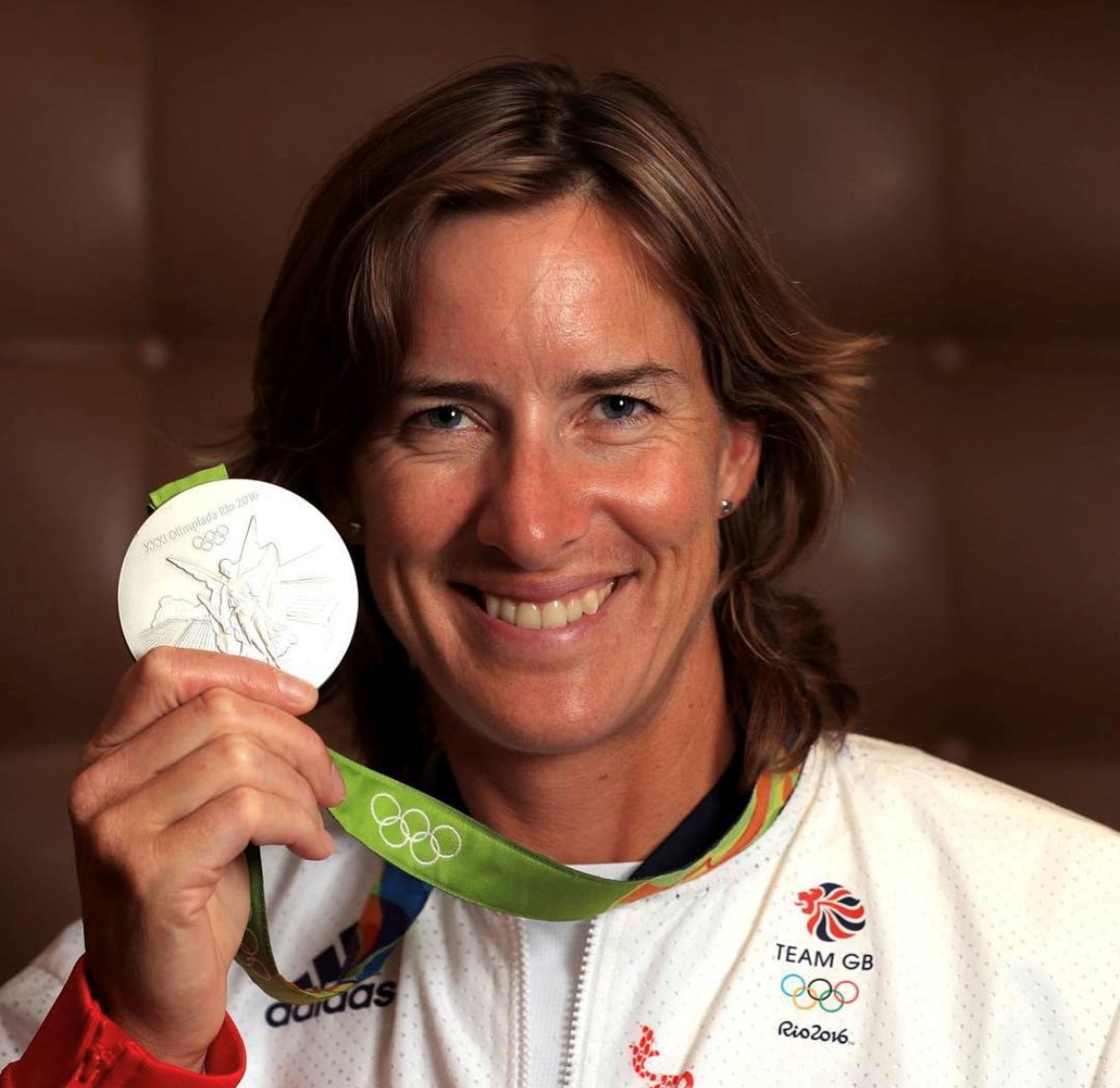 When she's not generously giving her time to support Love Rowing, Lauren is a full-time athlete with the GB Rowing Team!… More... Thank you to... The Kitchin Society

Love Rowing would like to thank the Kitchin Society for their donation of £2000. More... Thank you to... Liverpool Victoria RC

Love Rowing would like to thank Liverpool Victoria Rowing Club for holding a fundraiser and donating to Love Rowing More... When she's not generously giving her time to support Love Rowing, Lauren is a full-time athlete with the GB Rowing Team! This is what a normal day for… More... Following last year's Big Row, The Lea RC received funding from Love Rowing for their I Belong programme. We speak to Shalarm and Breindy on the impac… More...